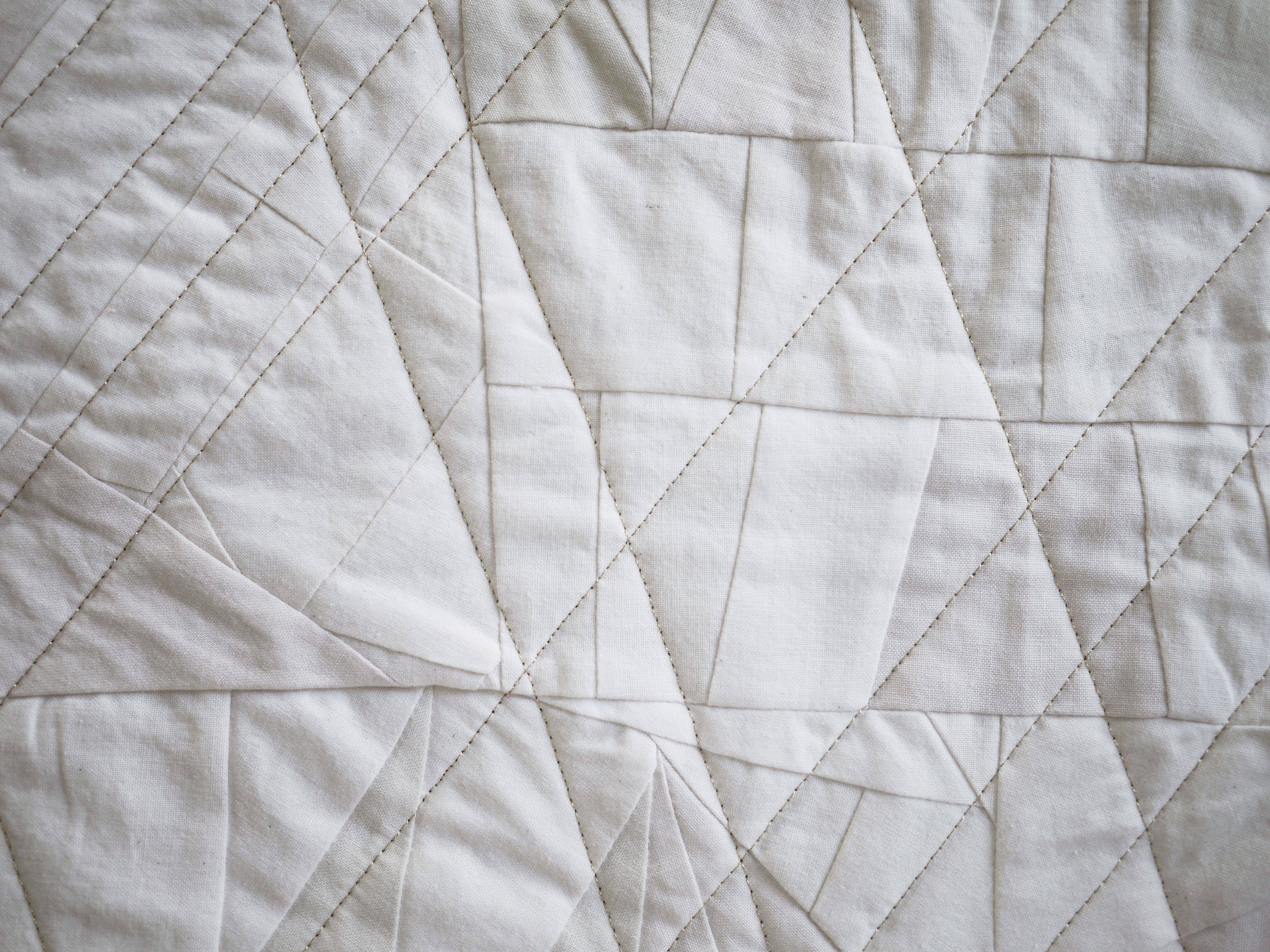 Quilting as a craft has deep roots in American history. Quilting was common from the birth of the United States as a nation and saw much evolution — from traditional blocks stemming from pioneer journeys in the early 19th century, to Colonial Revival quilts in the 1920s and 30s, to today’s modern quilting movement. Each state even has a “state quilt block”; Hearth and Home magazine’s received for submissions for state blocks from 1907 to 1912 and other books that have been published on the topic since then. Modern quilting from countless sources of inspiration, including the Quilts of Gee’s Bend, a small isolated African-American community in Alabama.

But what would a Canadian quilt look like, without the maple leaves, beavers and red/white? What would make it different from an America quilt? In my Canada 150 series (including Land & Sea), I explore what stories a Canadian quilt can tell and what techniques can really speak to those stories. Snow City was the first concept that came to mind and much to my surprise, it was the result of playing around. 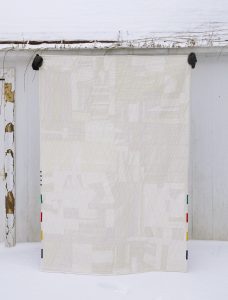 The beginning of this quilt was a mini quilt swap with the Fraser Valley Modern Quilt Guild in British Columbia last April. I had many white scraps from my Gemology collection as a result of how I add the background to the gemstone. I decided to try my hand at improv quilting (or “crazy quilting”) to attempt to put these irregular shapes to use. The thought of improv actually makes me very uncomfortable. I like things to be planned and well-calculated; ultimate freedom from any rules or parameters paralyzes me. But because the parameters of no colour and no intentional composition were such a large constraint, I only had to deal with form. Colour was completely out of the picture. 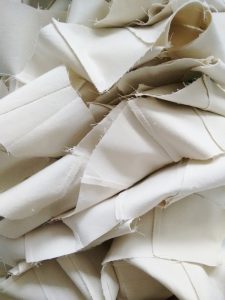 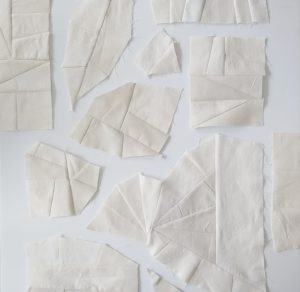 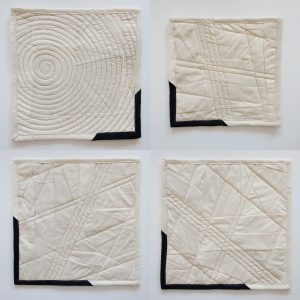 The whites I used are Kona Ivory and Kona Natural which actually, because of different dye lots and possible tinting from pre-washing with other colours, gave a variation of 3 or 4 shades of off-white.

Because these offcuts were from a pattern that I produced multiple times, there were a limited number of shapes that actually presented themselves. From these repeated shapes, certain angles appeared multiple times, which I then used as a starting point for some irregular diamond grid quilting. The addition of the gridlines organizes the haphazard snow laden city map. 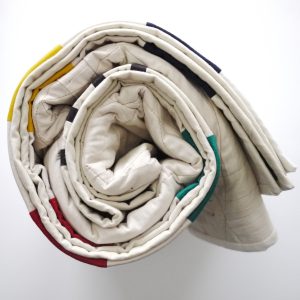 The binding is instantly recognizable as the stripes from a Hudson’s Bay point blanket. When thinking about the “ultimate Canadian quilt”, these iconic wool blankets came to mind. They were used in the 1800s as barter currency with First Nations people, who received these blankets in exchange for beaver pelts. The black “points” on the side indicated the size of the wool blanket, which were (and still are) manufactured in England. The subtle reference to the Hudson’s Bay Company sits well with my wanna-be minimalist self.

Coincidentally, I was able to bind this quilt in a series of storm days that culminated in a blizzard that dumped 50 cm (20 inches) of snow on us. How appropriate. 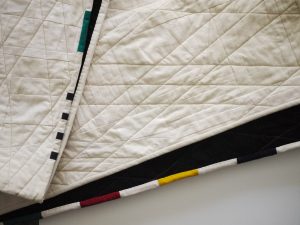